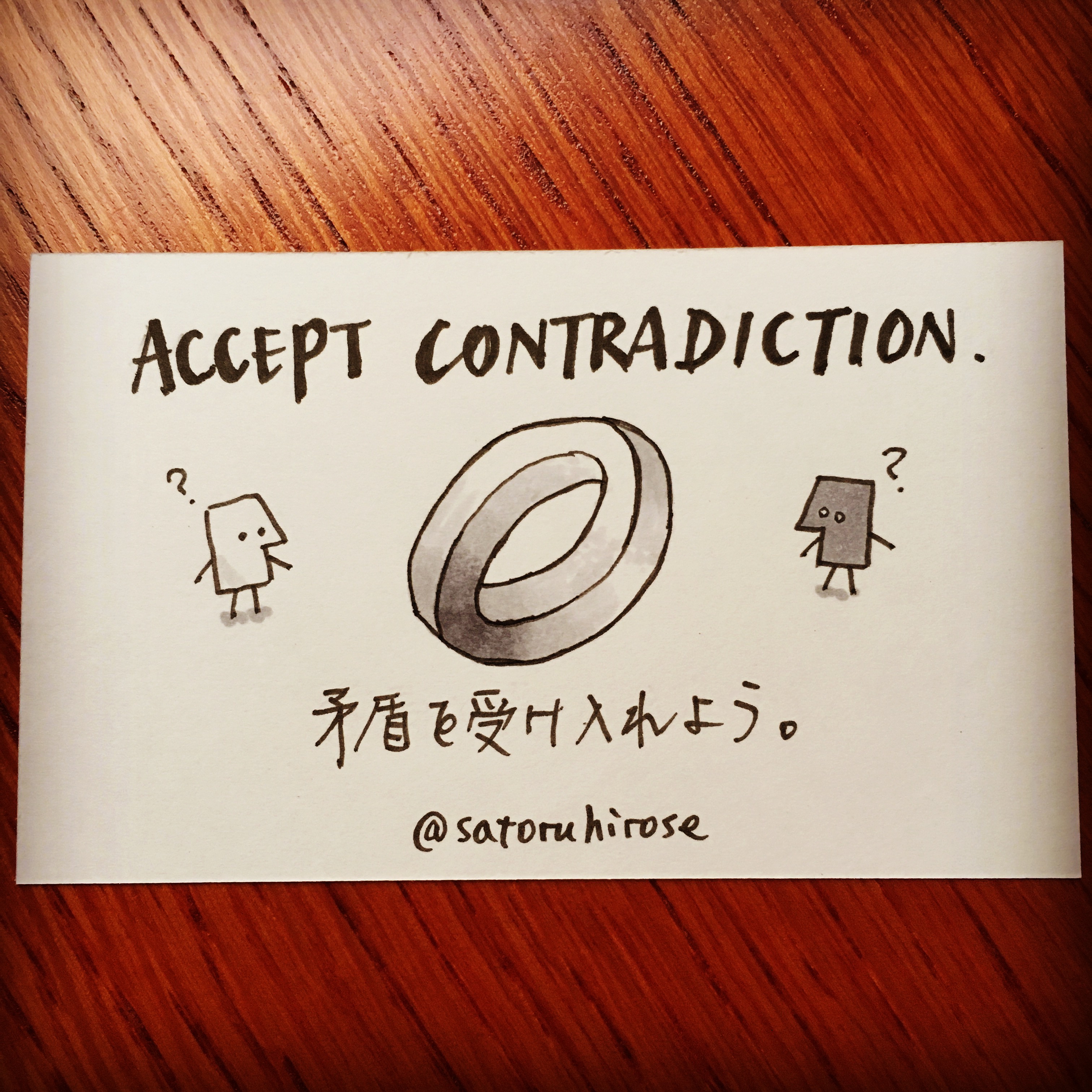 We all have contradiction in a sense.

I saw a business person told in public that having a growth mindset is essential to be a leader. It seems that he considers himself as a leader as well.

In short, a growth mindset is a belief that we can develop ourselves at any time. The opposite is a fixed mindset, a belief that all skills and talents are given.

One day, the same business person called someone “born genius”.

Now the question is, what kind of mindset does he have? Probably both. Although he thinks of himself as a leader who has a growth mindset, what he unconsciously says reveals his fixed mindset.

This is nothing special. We do the similar thing all the time. Binge eating while going on diet. Talking about teamwork while bullying someone. Focusing on efficiency while doing ineffective things. You name it.

We just need to find and accept our own contradiction. No need to blame ourselves. Accept it, figure out what we really want to do or be, have a plan and move forward.

Also we need to accept contradiction of others. We have no right to blame them. We human beings are all incomplete. That’s why a growth mindset has an important meaning.