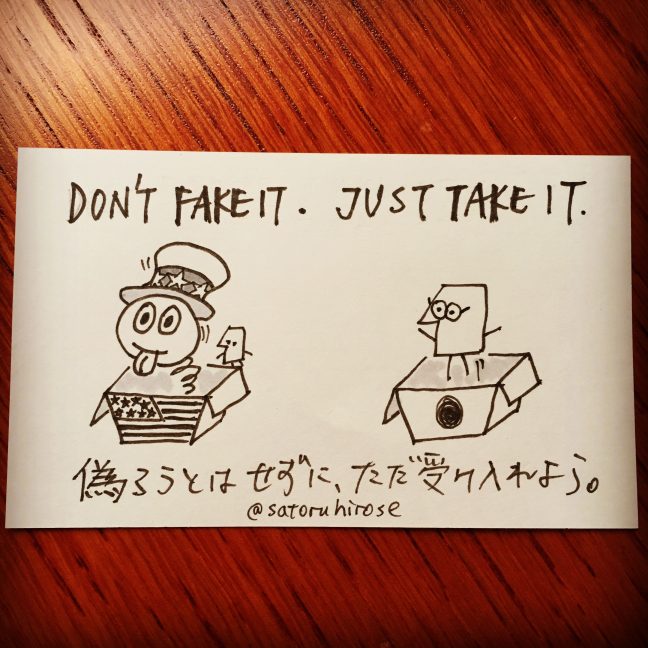 I lived and worked in the United States for seven years. I think it’s long enough to talk about something.

Not a few Japanese people living in the U.S., or came back from the U.S., tend to dislike Japanese people and Japanese culture. They often say “Oh it’s so Japanese, I don’t like it” when they see something strange about Japanese behavior, culture or tradition.

I also thought and behaved that way. For 4 to 5 years after I came back to Japan. But it only made me realize that I am TOO so Japanese. It was just the matter of how I see myself and the world around me.

When and after living abroad, we sometimes face some kind of identity crisis. We become unsure of who we are. Then some of us unconsciously start to believe that we are like the people living in the country we live. So that we can make ourselves a bit comfortable and feel like we are ‘home’.

But that’s a delusion. We can’t fake our true identity for a long time. Unless we are a well-trained agent like Jason Bourne.

Accept who we really are. There’s nothing to shame or blame. We do not have to label ourselves or others as something either. Let us enjoy being one of 7.4 billion people on this planet.