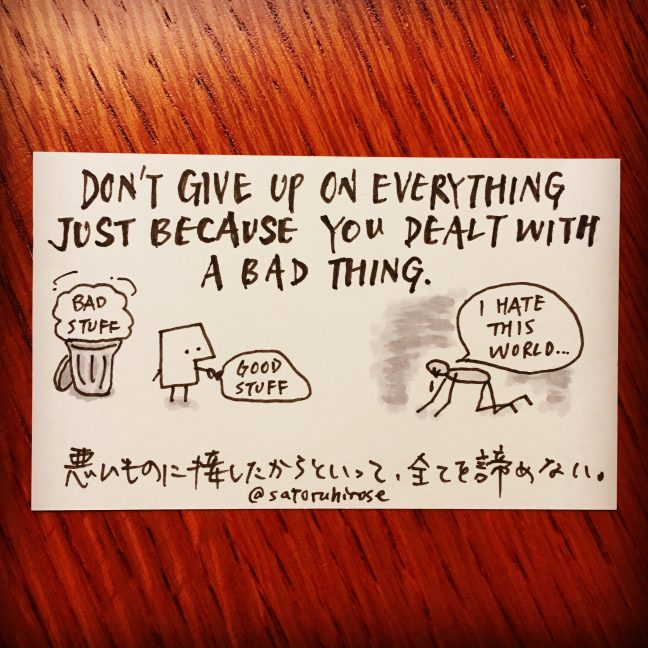 Don’t give up on everything just because you dealt with a bad thing.
悪いものに接したからといって、全てを諦めない。

In Japan, some people kill themselves due to overwork, discrimination and harassment at workplace. My foreign friends usually don’t believe that, but it actually happens sometimes.

One of such cases has been widely broadcasted on media. Woman in early her twenties, who also had had a great education, killed herself after suffering from abusive environment of her workplace. The company she worked for is considered as one of the most influential public companies in Japan.

This case is not rare. Even though abused employees do not commit suicide, many of them become mentally ill and are forced to leave the workplace — either voluntary or involuntary.

Let’s face it — some companies are really evil and immoral, although they may look good from the outside. They are killing people or making them sick, rather than growing them. But it doesn’t mean that ALL companies are bad.

We don’t have to give up on all companies just because we dealt with really bad ones or we heard about evil companies on media. Some of them are really good and keep improving themselves to be better. We just haven’t heard of them as much as we hear about evil ones.

Where darkness exists, so does light. And vice versa. Let us see both of them as it is. And remember that it is always up to us to decide how to label them.