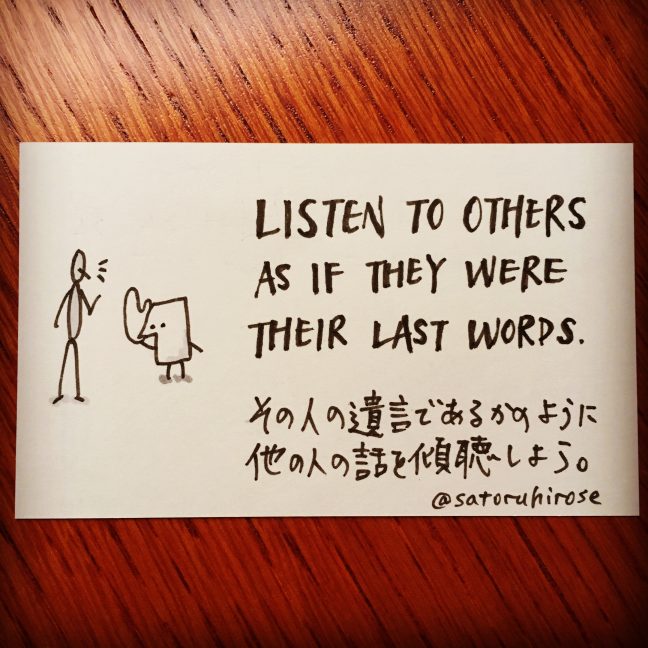 Listen to others as if they were their last words.
その人の遺言であるかのように、他の人の話を傾聴しよう。

It may be a miracle if people understand each other in words.

Napoleon Bonaparte once said, “Impossible is a word only to be found in the dictionary of fools.” What did he mean to say?

One word has three meanings. Literal, figurative and emotional. What is an emotional meaning? It’s the meaning that each person applies to a word with a certain emotional experience. We don’t understand this meaning unless we get to know the opponent very well.

We understand Napoleon’s word in a figurative sense. If we would stick to a literal meaning, we would never know what he meant to say because in the real world there is no such thing as the dictionary of fools. But we never know what kind of feeling the word ‘impossible’ would give to him — so we might have misinterpreted his word for years.

Mindfulness plays a significant role even in communicating each other.