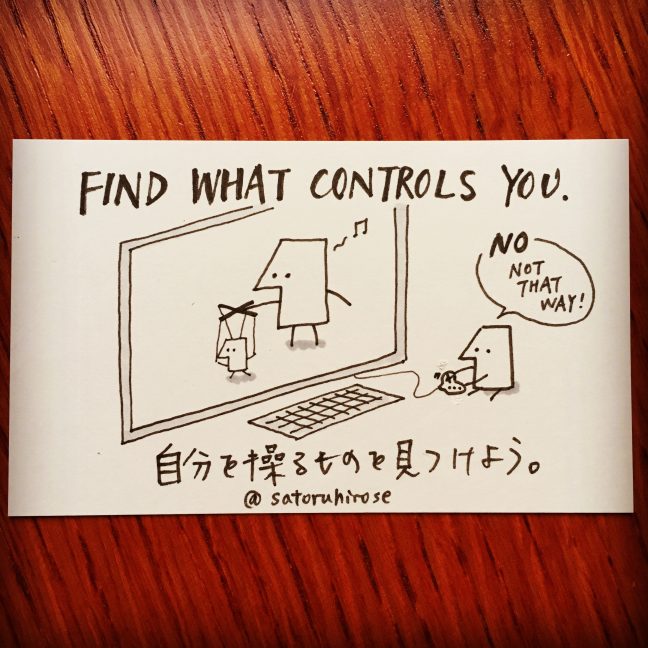 Find what controls you.
自分を操るものを見つけよう。

I go for a run every early morning. In late autumn, it’s dark and chilly outside. One part of my brain starts screaming and gives me hundreds of reasons why I shouldn’t go for a run this morning. I hear what the brain says, but don’t listen to it. Other part of my brain makes me change clothes and hit the road while the other part is screaming. It sounds like a mental fragmentation, but it’s not. I just don’t simply follow the old system of my brain.

In almost all projects we initiate, the most difficult step is to start in the right direction. Keeping the ball rolling toward the end is much easier than that.

Just starting something is easy. But choosing the right direction is not easy. Many projects fail due to lack of the right direction. It’s because the old system of our brain — often called the ‘lizard brain’ — disrupts us. This is the system that all animals, including human beings, have.

It is my lizard brain to scream and try to keep me from going for a run in a chilly morning. Your lizard brain will say something disrupting to you when you plan to (or are about to) do something. We can’t stop the lizard brain from working, but we can ignore what it says.

Our lizard brain is not ourselves. We all are smart enough not to let it govern our decision and behavior.