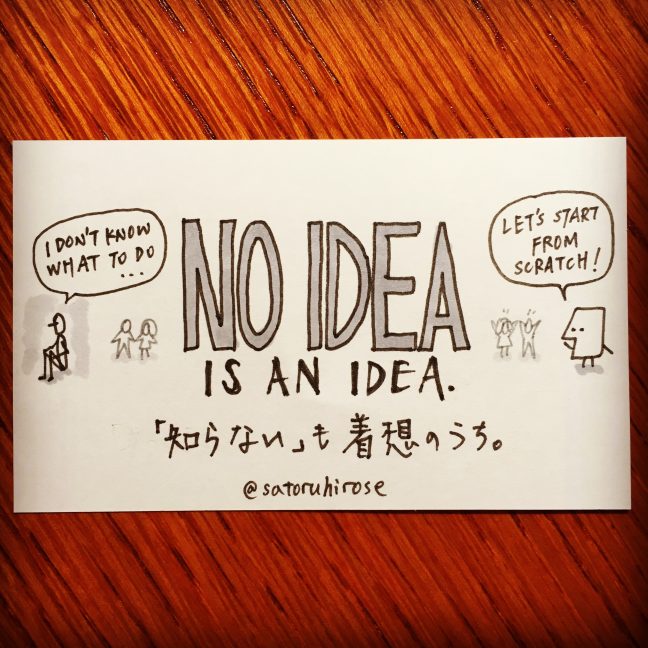 No idea is an idea.
「知らない」も着想のうち。

“I don’t know what to draw today.” Writing it down on paper this morning, Then I noticed that this was an idea — I just tried to avoid expressing my thoughts in a candid way.

We often hear the phrase “I have no idea” during the day. It means a lot — such as ignorance, indifference, refusal or acceptance — depending upon context. And that is an idea too.

When you feel like you have no idea, seek what kind of emotions or feelings exist behind it. That’s an idea, and you can start from there.