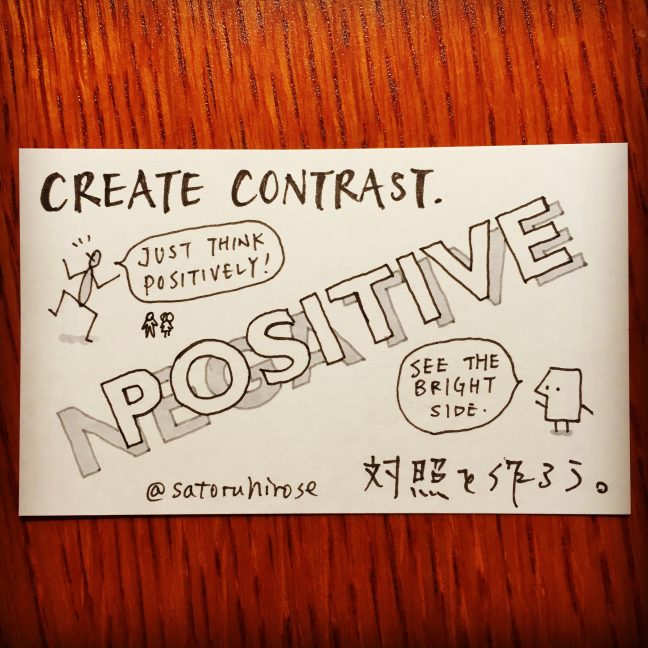 Positivity comes from either of two sources: fear or hope.

Some people try to be positive to stay away from their fear. Fear of missing out, failing, losing money, or being marginalized.

Some people try to be positive to keep up hope, even after they miserably failed and lost everything. Even when people around them call them a loser.

The former positivity attracts people who have the same fear. The latter positivity is not for everyone—because many people don’t listen to those who failed—but is a real act of courage.

Experiencing bad times is not a bad thing at all. It makes a striking contrast in our life and gives us the power of being ourselves.