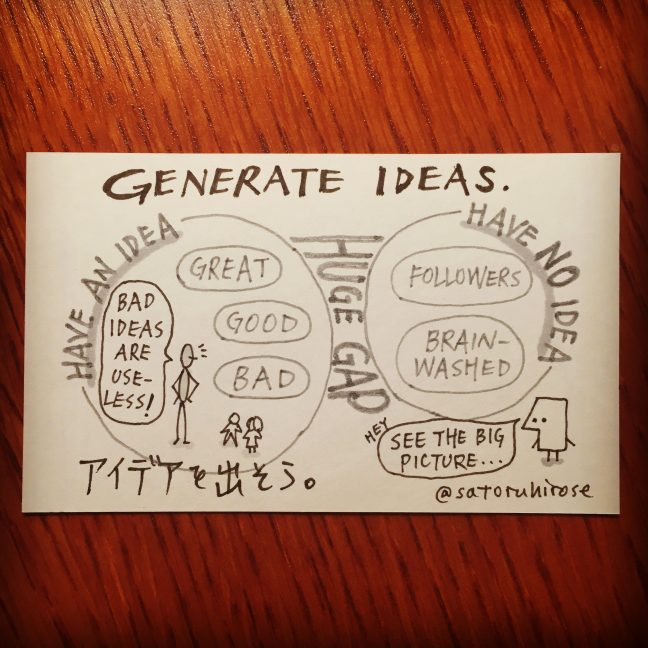 Every day I generate many bad ideas. I’m very good at it and proud of that.

Because the opposite of a bad idea is not a good idea; having no idea is the opposite. It’s even worse if someone who has no idea talks about someone else’s ideas as if they were their own ideas.

If you’re not sure if you have your own idea, do this experiment: stay away from all source of information—including, but not limited to, newspaper, TV programs, blog posts, email newsletter, and social media feeds—at least for a few days (ideally two weeks, but it might be too much at the beginning) and see what comes up in your brain. Observe where these ideas come from. Then ask yourself: Are these my own idea, or am I just repeating someone’s words and/or ideas?

Bad ideas aren’t useless. These can be a seed of a great idea. Don’t throw them away, just jot them down. And see how they grow.

Inspired by the text message conversation with @marika_inspires. Thanks Marika! 🙂