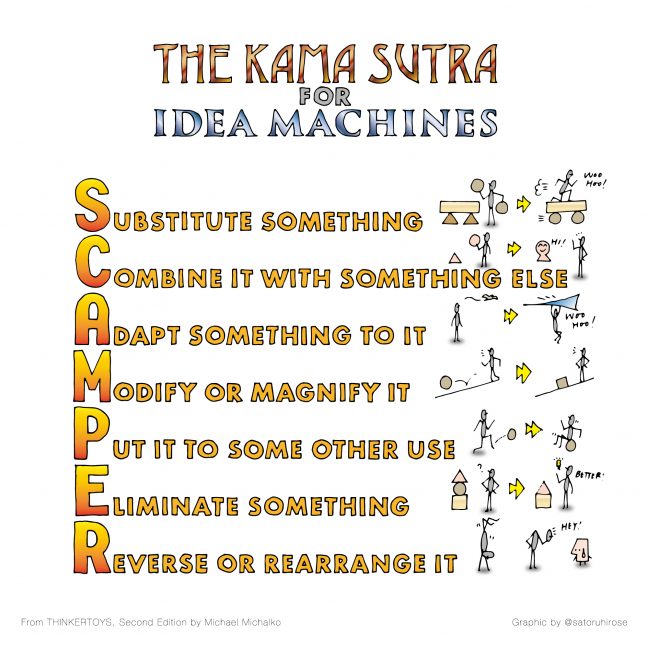 The SCAMPER technique is quite useful for that purpose. It’s like the Kama Sutra for idea sex. It has nine principal ways of changing a subject into something else, and I’ve been using these for years—either consciously or unconsciously—to generate ideas.

If you’re interested and would like to get to know about the technique right now, google the term “scamper technique” so that you’ll find many good references. I will post some info-doodles about it in the future because I believe it is quite useful to someone who creates something in his/her life—that is, all of us. Stay tuned! 🙂