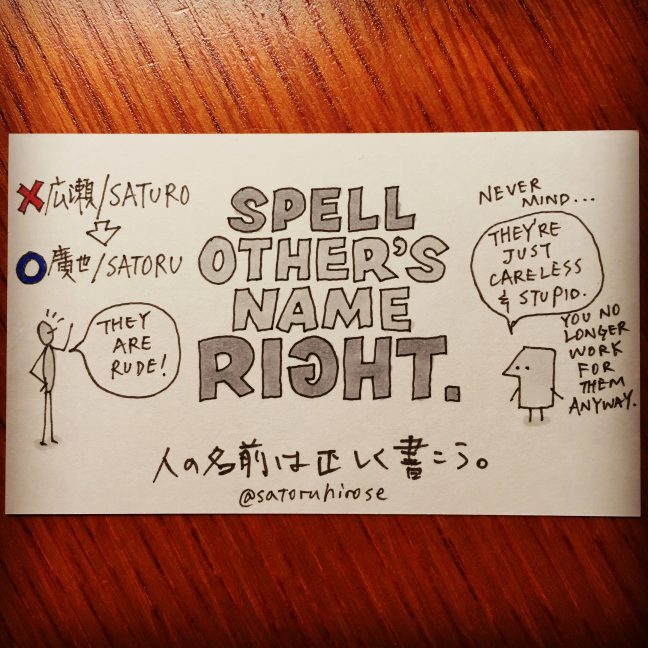 When I worked for a Japanese manufacturing company, I had a boss who always wrote my name incorrectly. My last name, Hirose, is written in Kanji as 廣世, but he wrote it as 広瀬. These Kanji characters have the same pronunciation but different meanings. He never wrote it right while I worked under him—for seven years and six months.

You may think it’s because Kanji characters are complicated (even though my ex-boss is Japanese), but people spell my name wrong in alphabet as well. When I worked for American/British companies, people in the U.S./U.K. headquarter often spelled my first name as SATURO—although SATORU is the correct spelling.

I used to feel insulted when other people spelled my name wrong. Now that I never feel that way—I just see it as a lack of interest and attention. It just tells a lot about the person who spelled other’s name wrong. And more importantly, it’s not my problem; it’s someone else’s problem. I’m busy fixing my own problems and becoming a better person day by day.