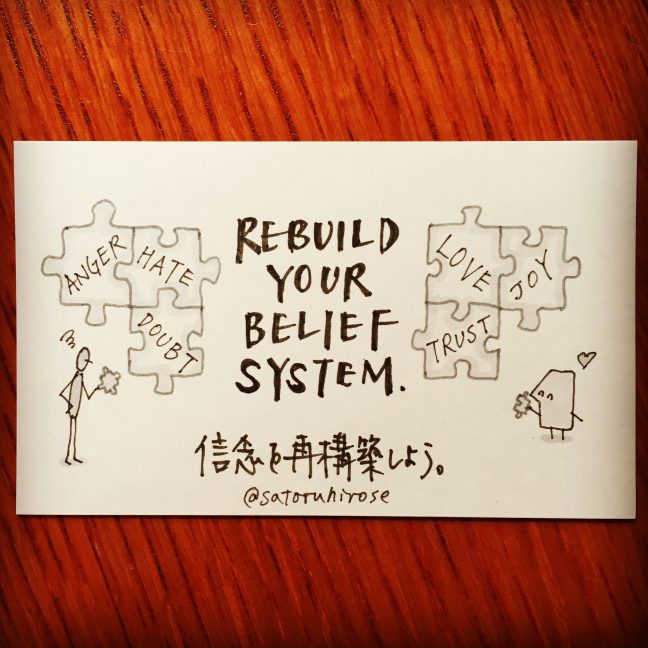 It’s not about religion, although religious belief is an essential part of his or her belief systems for some people.

It’s more about how you live as a human being. For example, there are thousands (if not millions) of beliefs about money, but most of us choose and live with only a few among them.

Your world will change when you change your belief system. Or when you just give more power to the belief system that you didn’t value before. It’s not always easy to do so, but it’s much better than living a life of frustration and complaint.