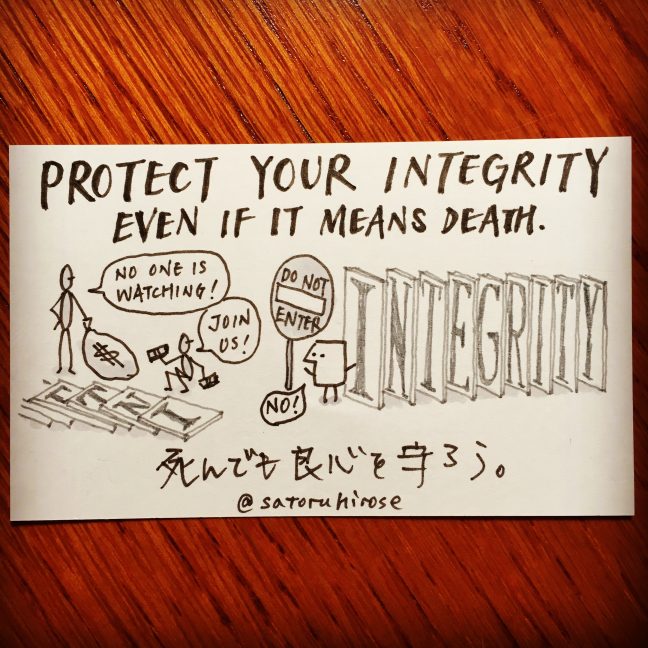 Protect your integrity even if it means death.
死んでも良心を守ろう。

Integrity is more important than money. And anything else.

More than ten years ago, when I worked for a company as a Controller, the president of the company questioned my work ethic with no reason nor evidence. He began to wonder whether I was stealing company’s money, treated me like a criminal, and told others to involve in daily operations. It was just his personal doubt; I NEVER committed any criminal wrongdoing. The president might have been gripped by paranoia, but I had no reason to forgive him: I quit the company, letting go of a high salary at the company.

We just can’t work with people who are skeptical about our integrity with no good reason. It’s their problem, not ours — but there is simply no way to accept that.

No matter what happens, we must not have doubt about someone’s integrity with no reason. But higher management of a company sometimes prefer doing this — because it is one of the easiest (and meanest) way to display their authority. As the old saying goes, there is no smoke without fire — but in this case, it is the higher management who feeds the flame, not someone who is in question.

Don’t cross the line, even when everybody does.